Mr Georgi Simeonov,  Managing Director of Oberthur Fiduciaire  AD, the joint venture between the Bulgaria National Bank Print Works and Oberthur Fiduciaire (OFAD), has released the following statement in response to the news at the recent  High Security Conference in Malta that  the Bulgarian National Bank  has been awarded “ Best New Banknote”  for the revised 100 Lev banknote . 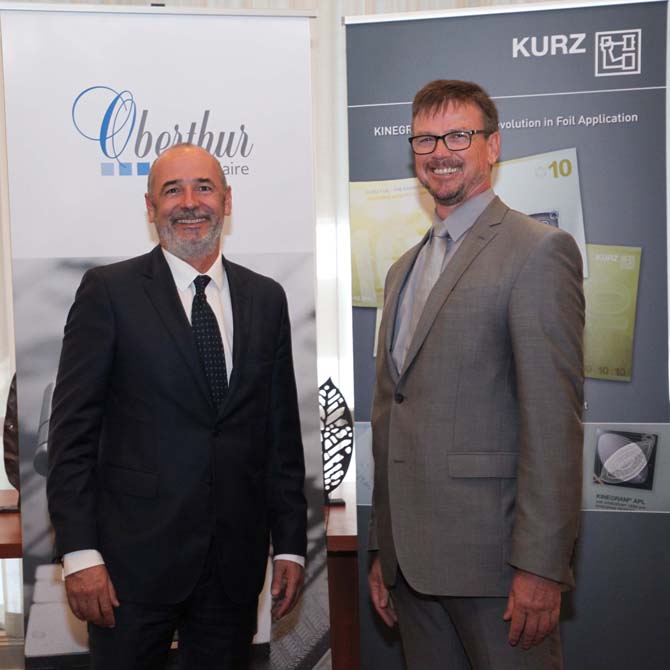 Oberthur Fiduciaire and Kurz  have announced that they will be co-operating on the development and promotion of window based, and other related,  security features  in the future.

Commenting on this news, Thomas Savare, CEO, said that this collaboration  demonstrated Oberthur’s, and VHP Security Paper’s,  desire to provide its customers with leading edge, windowed based  security features and to explore the potential for this platform in the future. In turn, Peter Muehlfelder  of Kurz, said his company welcomed the opportunity of working with one of the industry’s  leading companies in this important area of security feature development “